We encourage you to submit a prayer request so we can pray along with you. You may share both long and short term prayer concerns.

Thank you for your request, you are in our thoughts and prayers. 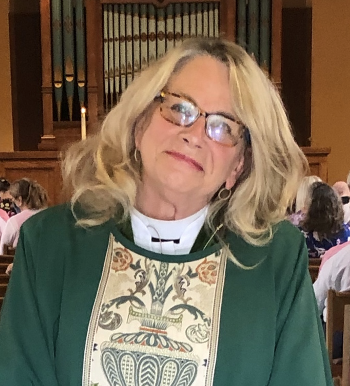 In choosing The Rev. Jamie Barnett to be our Vicar, Bishop Taylor has selected a pastoral leader with a rich, multi-dimensional background. Jamie’s path to the priesthood, which began later in life, was one borne of deep spirituality spurred by personal loss. The seed was planted while attending various Episcopal churches around the country as she raised her family, and it grew through her years of involvement in many capacities as a lay minister at All Saints Church, Pasadena.

The Readings for January 29

A Few Words about Rev. Jamie’s Installation and Reception

This Saturday marks an important and joyous moment in ...

The Readings for January 22, 2023 - The Third Sunday After Epiphany

Thank you to all of the participants, parents, grandpare...

Explore Inclusion Leadership Our Beginning Clergy Through the Years