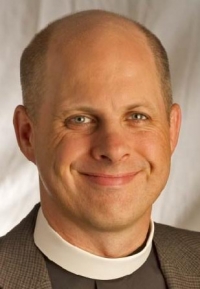 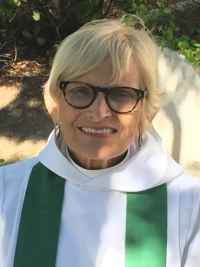 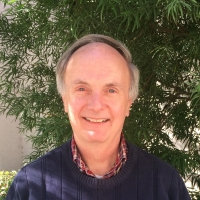 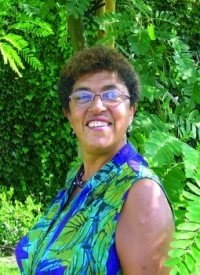 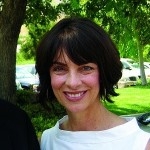 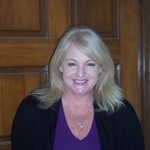 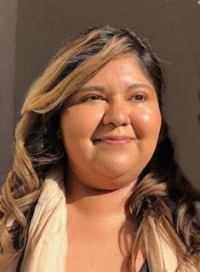 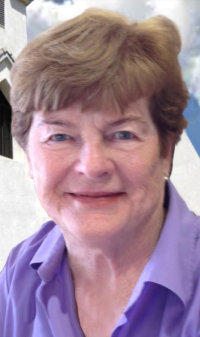 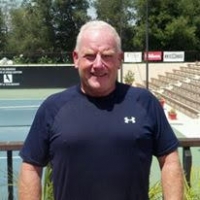 '20 William “Steve” Stevens is a cradle Episcopalian who grew up at All Saint’s in Beverly Hills. He and his family attended services regularly, and Steve sang in the choir and served as an acolyte for many years. The Episcopal Church continued to influence his upbringing at Harvard School, which he attended from 7th through 12th grades. After graduating from U.C. Irvine (where he met his wife Stacey), Steve attended dental school at USC and practiced in Los Angeles for a number of years, until the young family sought a more suburban environment. Settling in Oak Park, the Stephens family has been active at Epiphany for the past 22 years. Daughters Camille and Jillian were Choristers and served as Acolytes; Stacey has served as a Lector, was Treasurer for 4 years, and is the membership chair for Red Door Vineyard; and Steve has served as a Lector, an Usher, a Bishop’s Committee member (twice), and has led the Red Door Vineyard Guild as its president since its inception 7 years ago. 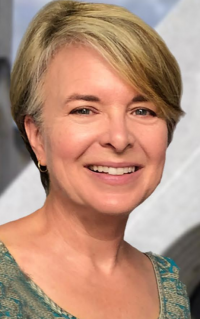 Katie Roberts and her family joined Epiphany in the spring of 2005 having moved to Agoura Hills from Secaucus, New Jersey where they were members of The Church of our Savior. Katie is a homeschooling mother of two – Josie (17) and Declan (13) – and wife of one very busy TV showrunner. She has volunteered for Sunday School, Vacation Bible School and various events at the church including the annual party. Katie enjoys singing with the Parish Choir and intermittently hosting coffee hour. Over the years, Epiphany’s family-like community has been a great source of joy and peace to Katie and her family. 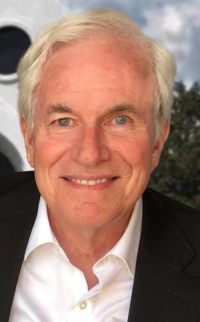 '20 Barry Burns has been a member of the Church of the Epiphany for almost 30 years. He and his wife, Laurie, who serves as Community Liaison, became members of Epiphany one year after they were married. In the past, Barry has been on the Bishop’s Committee and has also served as a Lay Eucharistic Minister. Barry served as the Co-Director of the Epiphany Youth Group for nearly ten years and is a current member of the Parish Choir. Barry feels he can contribute a great deal more time and energy to the church since his retirement last year.

'21 Maryanne Birch and her husband John joined the Church of the Epiphany with in 1994. Their daughters Melissa and Caitlin have been active participants in all three choirs. Over the years, she has worked in the church office, volunteered at Sunday School, Vacation Bible School and many Church auctions. In addition, she served for several years on the Parents Association and the Auction Committee at St. Patrick Episcopal Day School. Maryanne loves being part of the a Flower Ministry and looks forward to serving on the Bishop’s Committee. When not volunteering at church she works as an Esthetician at two local Day Spa's. 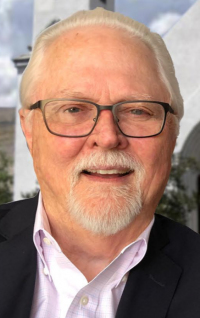 '21 Anthony Miller (Tony) has attended the Church of the Epiphany since 2000, along with his wife, Joy Humphrey. Although they had attended several different denominations over the years, they decided to try the Episcopal Church after attending Anglican churches in England. Visiting Epiphany, they were very moved by the sermon of Rev. Hank Mitchell on the subject of “Why I am an Episcopalian” which emphasized the diversity of views that are encouraged in the Episcopal Church and by the wonderful words of welcome: “No matter where you are in your journey of faith, you are welcome here. ”Over the years, Tony has served the church as an usher, lector, and church treasurer.In his work life, he has been a professor at Pepperdine University School of Law for over 40 years. He now teaches half-time

Jennifer Stafford Farrow has been a member of the Church of the Epiphany for over 15 years.Prior to that Jennifer and her husband, John and their three daughters, Hillary, Emma and Jacquelyn were members of St. Aidan’s in Malibu for 12 years. At St. Aidan’s Jenniferwas a Lay Eucharistic Minister, served on the Vestry and was Junior Warden. As a member of Epiphany Jennifer has been a Lector, assisted with the Annual Fundraiser and the Sunday School. Jennifer believes that now is a wonderful time to step up her involvement at the church and is looking forward to contributing her time and talents. 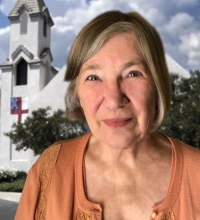 Linda Loomis has been a member of Epiphany for 10 years, singing in the choir, and participating on the Music Guild Board, Book Study and EfM. She and her husband Len, laughed that this was the first of more than 20 parishes they participated in that wasn't also a job of sorts! "Epiphany welcomed us with open arms and gave us a true spiritual home." Since Len's passing, Linda has experienced an outpouring of love and support, helping her to find the strength and courage to continue her life's journey of growing in relationship with God in the company of a warm, loving and grace-filled church family. 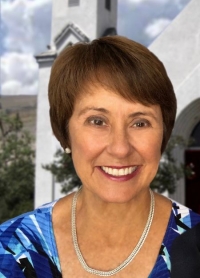 Kerrie Sadler joined Epiphany in 1997, when she and her husband, John and children, Emily and Greg, moved to Westlake Village from Chicago area. Over the years, Kerrie has served on the Outreach Committee, has sung in the Parish Choir and Schola, and has been a Lay Eucharist Minister. She is currently involved as a Lector, and Usher (as is her husband), and is a member of the Epiphany Music Guild Board. Her children, now adults, were acolytes and sang in the children's choir. Kerrie retired from her PR position with the New West Symphony in 2016 in order to spend more time with her ailing parents, and now volunteers at Senior Concerns Adult Day Care Center in Thousand Oaks. Epiphany has always been a source of peace and strength for her, and she would like to give back in this meaningful and important way. Rose Arnone has been a member of Epiphany since 2012, though most actively over the past 3 years. She currently serves a Lector and LEM, is a member of the Art Group and Music Guild, and leads the Holy Hosts, ensuring that our events are well organized and fun for all. Rose has participated in Outreach and RDV and is responsible for producing our written Annual Report. Professionally, she spent many years in the pharmaceutical industry and now enjoys her encore as an Interior Designer. Rose is honored to be on the Bishop's Committee and to further serve God through this community.

In light of the safe-at-home measures our state and our diocese are requiring, as of Sunday March 15 we have transitioned to virtual worship together. Services and meetings are being streamed through Facebook Live or Zoom.