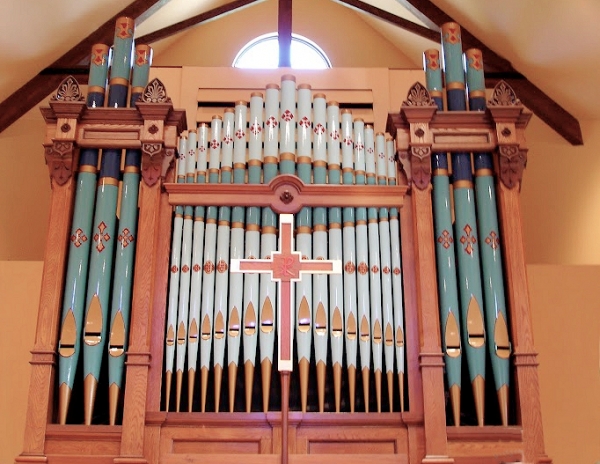 The E. & G.G. Hook Organ Opus 505 was originally bult in 1869 for the Greene Street United Methodist Church in Philadelphia, Pennsylvania at a cost of $3000 raised by the church’s ladies’ auxiliary. By January 1996, the church was closed and in serious disrepair with daylight visible through the ceiling and plants sprouting from the floor. Organ collector Robert B. Whiting purchased the instrument and commissioned Patrick J. Murphy & Associates to restore the organ to its original splendor. The extensive restoration work, based on the guidelines suggested by the Organ Historical Society, included retabling of both manual windchests, rebuilding of the double rise bellows, installation of new wood squares and key action. All pipework was carefully restored with new tuning collars. All casework was refinished, and façade pipes were re-stenciled. The pedalboard was recovered with new maple naturals and walnut sharps.

Unfortunately, Mr. Whiting passed away before the final installation was to take place. Upon acquisition of the instrument from Mr. Whiting’s estate by Mr. Murphy, the organ was offered for sale with the hope of finding a suitable home.

In spring 1999, final negotiations facilitated by Carol Foster, our organist at the time and Rev. Canon Hank Mitchel, the vicar, were completed with The Church of the Epiphany for the purchase of the Hook organ. Installation was completed in fall 1999 by members of Patrick J. Murphy and Associates, Inc. and the Organ Clearing House. The instrument enjoys a front center location within an acoustically excellent room.

The organ was the gift of many people of the congregation of The Church of the Epiphany as well as friends from the Greater Conejo Valley community. Two plaques listing the names of donors, as well as gifts given as memorials and thanksgiving are on the wall of the church.Without the generosity of these people, this project could not have been completed. Two extraordinary gifts given by Joe and Sarah Belle Shelton and the R.C. Baker Foundation “kicked off” the project to procure the organ. To these people we are most grateful.

Swell to Great
Great to Pedal
Swell to Pedal 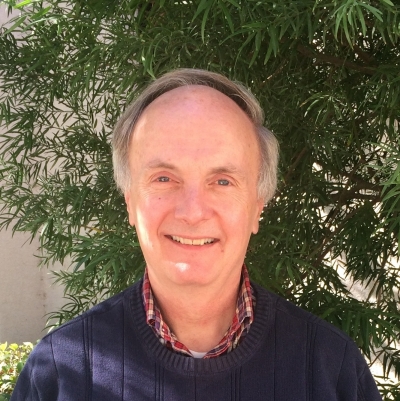 Jay Wilcox came to The Church of the Epiphany to serve as Director of Music in September 2014, after serving churches in the Northern Virginia area for 34 years. He is a published composer and holds the Colleague certificate from the American Guild of Organists. He is delighted to be a part of the Epiphany community.

On Sunday, October 23, the Pacific Duo wowed a large cro...

Listen to the Pacific Duo

Our musical guests this Sunday, October 23 is the Paci...